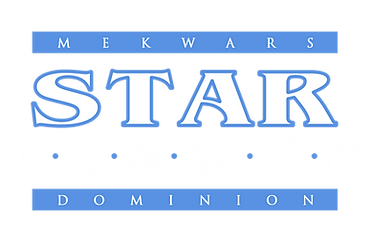 THE CAMPAIGN
MekWars: Dominion focuses on the empires, economies and famous battles fought in this pivotal age of BattleTech history. Players will take the role of one of history's famous units and develop their nation, hangars and pilots in an effort to gain control of the universe.

Playing in the Star League
Users familiar with the 3025 era will find many of the same units available during the 2750 time period. Many Mechs and Vehicles also carry advanced technologies that armies of the Succession Wars could only dream of and refer to as "LosTech". The armies of 2750 were highly advanced and production soared at a time of great excess.


• Direct-buy units from their respective factories. Each factory gives a slight chance at its upgraded, Star League version.
• Purchase from Bays at a 40% discount.
• Level your own pilots! RPG skills and skill levels may be purchased as you gain experience.

Age of Empire
The goal of Dominion: Carve out an empire amongst the stars! Faction Leaders have control over their country's economy, steering their military toward success or failure:

Rewrite History
Scenario-style games are an important part of the campaign. Re-playing some of history's most important battles, including the infamous Star League Civil War, War of Davion Succession and the Andurien Wars are an optional part of MekWars Dominion's play.

• Create custom designs for use with an RPG-style character.
• Play game-mastered scenarios of important, historical battles.
• Join the SLDF in their crusade to reconquer the Hegemony, or ally yourself with the Amaris Empire and form a new Star League.

We look forward to a successful campaign and having you with us this 1st cycle of MekWars Dominion!

How many players do y'all have active?

Return to “The Battletech Roundtable”